April’s Book of the Month is another double feature, this time showcasing furry fiction by two of the fandom’s up-and-coming authors. 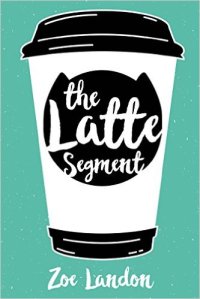 “Sarah Madsen is a modern young rabbit with a cozy urban life. A yuppie, perhaps, though she’d disagree with the label. After all, yuppies don’t hang with eccentric artists in beat-down studios, much less date them. And they don’t get pushed out of their apartment by profit-hunting developers, forced to pick between an impossible market and an unsustainable rent.

As she hunts for a new place to live, she learns how her comfortable lifestyle is seen by those around her. Some are sympathetic and kind, some cold and indifferent, some jealous and hostile. None can relieve her frustration from knowing that her easy life is slowly slipping out of her control. She’ll take control anywhere she can find it, but not everyone appreciates her attempts to help. Not even herself.

A story of class and success in the millennial age, The Latte Segment explores how well we can trust others, and ourselves, to do the right things in our lives — or, to do anything about them at all.”

Available in ebook and paperback from Amazon.

Next up is In Honor’s Shadow by Skye Lansing: 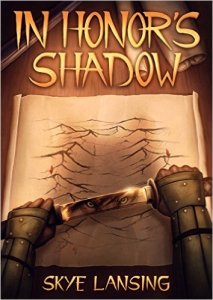 “What use is honor without victory?

The Wolf Clan stands divided amid a bitter civil war. For years the noble Hayashi Family has struggled to wrest control of the clan from their rivals, the Hitomi, but one disastrous battle has exhausted their power. Now every warrior within Hayashi territory must decide what role they shall play in the upcoming conflict.

Shiro, the magistrate of an unimportant village, is tasked with a dangerous mission to stop the Hitomi Family’s army. Lacking supplies, troops, and support, he knows any direct confrontation is doomed to failure. Only through guile does he stand a chance against the forces arrayed before him.

Meanwhile, Hayashi Seiko seeks to throw off the oppressive mantle of courtly life by joining her brother in the field as a proper onna-bugeisha. She leapt at the chance to prove her worth as a soldier upon hearing that the war had turned against her family, but can she really escape the politics of a society that reveres duty and honor?”

Ebook available from Amazon and all other major retailers; you can find all the ordering links at the author’s website.