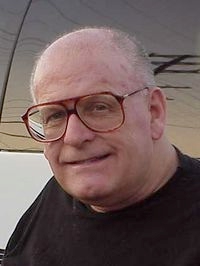 Born in Los Angeles on December 11, 1940. Learned to read on Disney and other funny-animal comic books; Sheldon Mayer’s Amster the Hamster was my first favorite character, at about age five. Discovered s-f with Robert Heinlein’s Sixth Column when I was nine years old, and later realized that I liked best the stories with intelligent animals or animal-like aliens. Have been a professional librarian from 1963 to 1990; worked for Streamline Pictures, a pioneer licenser of Japanese anime for American theatrical and home video distribution from 1991-2002; was a freelance writer specializing in articles & reviews of anime from 2003 to 2005.  Suffered a major stroke in 2005 and have been semiparalyzed & bedridden in a L.A.-area convalescent hospital since then.

Got active in s-f fandom while in college; in comic-book fandom in 1963; in Furry fandom at the 1980 World S-F Convention in the group that gathered around Steve Gallacci to discuss s-f & comics with talking-animal characters. Was a charter member of the Rowrbrazzle APA in 1984 and its Official Editor from 1989 to 2005.  Have been a member of other Furry APAS like Furthest North Crew and North American Fur, as a writer, not artist (I can’t draw). Attended Furry conventions like Confurence, Further Confusion, and Conifur Northwest every year from their start ups until 2005. Conceived of and started the annual Ursa Major Awards in 2001 and am still one of its administrators. Edited Best in Show, the first Furry short story anthology in 2003. Have written Furry book reviews for Yarf! (all issues, 1990-2003), Reynard’s Menagerie, and other Furry print and webzines. Currently writing articles for Anthro and Flayrah. Keep in touch with Furry fandom through my Laptop. Probably done more that I’ve forgotten about.

Also wrote Watching Anime, Reading Manga: Twenty-Five Years of Essays & Reviews (2004), lots on anime for various popular-culture and anime-specialty books and magazines from 1979 to 2005.  Won various s-f awards, including a special award at the 64th annual World S-F Convention in 2006 “in recognition of a lifetime of service to the fandom”, and the LASFS’S annual Forry Award in 2009 “for lifetime achievement in the field of science fiction”.

While I have been writing furry book reviews since 1962, and editing furry anthologies for over ten years, I just had my first furry fiction published in late April 2014, and more stories since then.
Wikipedia page at http://en.wikipedia.org/wiki/Fred_Patten
Website at http://www.kayshapero.net/FredPatten/fred.html